Beyond the Scope of Expertise

Foundry experts are linking casting defects to their probable root causes by using years of experience. However, even the eyes of an expert cannot see details that MAGMASOFT® simulation can display virtually. PT. Akebono Brake Astra Indonesia is one of the foundries who implemented the methodology of MAGMASOFT® autonomous engineering to support their experts and reduce uncertainty.

The company manufactures master cylinders in the gravity casting process using two different gating systems. In the production of one single part, three major casting defects showed up: Impurities on the surface, cold shuts and porosity (Fig. 1). Two of these three problems were even intensified, depending which gating system was used. The experts at Akebono had to find solutions for the defects to fight growing reject rates.

In the first brainstorming session, years of experience in foundry work allowed the employees at Akebono to directly narrow down all the possibilities to only the most likely root causes. Impurities and cold shut defects were assigned to a too slow melt velocity during filling. The second cause for the problems was related to oxides on the molten surface. A next possible root cause was hydrogen content in the melt. The last identified driver resulting in higher porosity was shrinkage due to an existing hotspot in the casting. After brainstorming, the experts wanted to validate their ideas using MAGMASOFT  ®. The software allowed the employees to virtually implement their ideas and determine which of those would lead to the best result in reality (Fig. 2). By simulating their current production process, Akebono manage to identify their main problems using the software.

Thanks to the extended knowledge gained through simulation with MAGMASOFT  ®, the company is now able to focus on the truly prevalent defect causes: slow velocity molten, shrinkage due to hotspot and impurity/oxide on surface molten. As the company aimed to improve the whole process which also included solving the remaining defect causes, they decided to use Design of Experiments (DoE) available in MAGMASOFT  ® autonomous engineering as a standard. 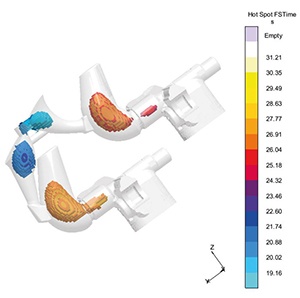 Fig. 2: Simulation showing all defects as in reality

As a first step, the variables were defined by combining MAGMASOFT  ® results and the previously brainstormed potential solutions. To improve the gravity casting method, Akebono decided to vary the casting angle (Fig. 3). One option was a vertical position of the die and the second option was to position at 35 degrees. Additionally, the pouring speed was varied between 6, 8 and 10 seconds while the goal was avoiding cold shut defects. The last variation consisted of the two different gating systems (System A and System B). 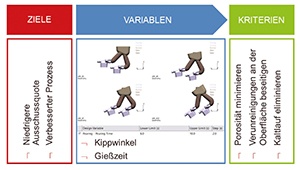 Fig. 3: Application of the MAGMA APPROACH

After the input of variables, MAGMASOFT® autonomous engineering calculated every possible design combination and provided a ranking. The design order was according to previously set criteria and their prioritization. For the experts at Akebono the best design included the elimination of the tilting process to a flat casting, the reduction of pouring time to 6 seconds and the choice of gating system A.

For Akebono, the combination of their own expertise and MAGMASOFT® simulation led to a significant improvement: The reject rate dropped by 36% (Fig. 4). Without MAGMASOFT® it would have been uncertain if truly the best solution was chosen. Even the eyes of an expert cannot see what simulation can show.

Akebono Brake Astra Indonesia is a brake system manufacturer for 2-wheel and 4-wheel vehicles. The company is jointly owned by Akebono Industry Japan and by Astra Otoparts Indonesia. Their production includes machining processes, painting and assembling processes and special manufacturing processes for disc pads and shoe linings. Their product range of disc brakes and drum brake assemblies for automobiles leads to a 75%-market share of the domestic automotive industry, whereas the production of disc brakes and master cylinder assemblies for motorcycles results in a 40% market share of the domestic motorcycle market. Customers are equipment manufacturers, equipment services and after markets.