Optimization of a Turbine Housing Component at the University of Padua

The project “Marboré”, which is being carried out by the Department of Mechanical Engineering of the University of Padua, has the aim of allowing aerospace students to get access to an experimental aeronautical engine in order to carry out tests and research projects. These studies are useful for improving the performance of turbojets to meet stricter regulations for the reduction of emissions and for reducing fuel consumption.

For this purpose, the University made a Marboré VI-C turbojet available to its students, dismantled from a plane which had crashed. After the impact, the engine was heavily damaged, in particular in the front section which is the seat of the centrifugal compressor. The project included the entire modeling of the turbojet with the help of CAD software and the re-engineering of the damaged parts. 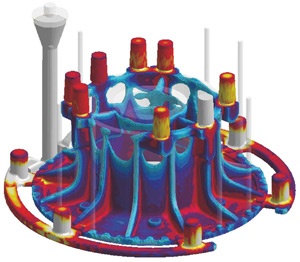 At the end of 2007, the rotor was completed. The intake casing, originally produced using a magnesium alloy, was excluded from the previous analysis as particular knowledge about the casting process was required. It was necessary to carry out a specific study for this part with the objective of planning and realizing the entire casting process.

The first step was detailed CAD modeling. Subsequently, the project focused on the design of the casting system. Starting from a first design of the casting system using CAD, MAGMASOFT® was used to verify and optimize the casting process. A series of simulations helped to optimizes the model, and the result was a single good quality prototype without losing any time and without costly trials. Initially, simulations were essential in selecting the most promising from different possible casting methods, which differed in the layout of the cooling system and in positioning of filters.

For the first version, a central cast iron chill and three exothermic feeders on the top of the component were used. Solidification results immediately showed that this type of placement was perfect for the bearing support. As a matter of fact, a very quick cooling improved the mechanical characteristics in the most critical area of the component. At the same time, hot spots close to the external surface indicated potential feed-ing problems. A second version used only exothermic feeders on the top. As the previous version, both pros and cons were evaluated based on the analysis of the solidification results. The melt temperature was more homogeneous during solidification. But, due to the longer solidification time, the simulation indicated worse mechanical properties were to be expected, especially in the central area.

Both configurations were merged into a “hybrid” methoding. This version  was also “proven” using MAGMASOFT® simulations. In the final version, a central cast iron chill and eight exothermic feeders on the top of the component were used. In addition, the number of ingates was increased to six in order to improve the homogeneity of the metal flow and to reduce the temperature gradients which appeared at the end of the casting process in the previous versions with only four ingates.

Filling and solidification results showed that the feeding defects were decreased in comparison to the previous versions, so that the quality target was reached. The sand mold was created using SLS (Selective Laser Sintering) rapid prototyping techniques. After that, the light alloy casting was poured. X-ray analyses of the casting verified the integrity of the component.

This study enabled students to analyze the manufacture of a complex casting in detail and allowed them to pursue the transformation from a virtual CAD drawing into a real component. In addition, the project demonstrated the advantage of using virtual tools to optimize all production steps and resulted in a high integrity cast component. 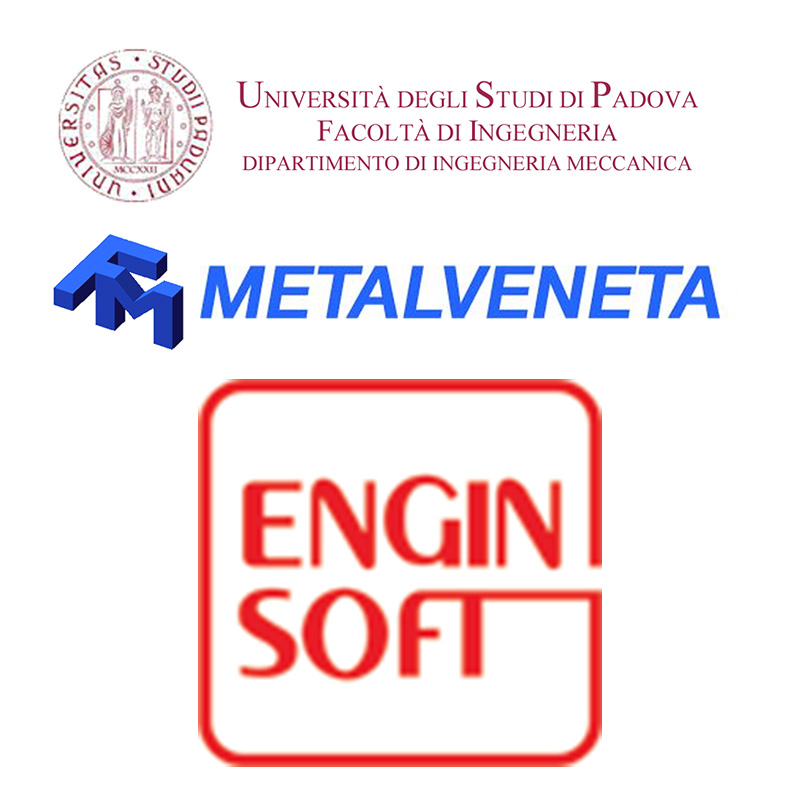